Mexican soldiers smashed the French and traitor Mexican army of 8,000 at Puebla, Mexico on the morning of May 5, 1862.  When the battles was over, many French were killed or wounded.  The Mexicans had won a great victory that kept Napoleon III from supplying the confederate rebels for another year, allowing the United States to build the greatest army the world has ever seen.

In gratitude, thousands of Mexicans crossed the border after Pearl Harbor to join the United States Armed Forces.

Mexicans never forget who their friends are, and neither do Americans.  That's why Cinco de Mayo is such a party - a party that celebrates freedom and liberty.  VIVA! el Cinco De Mayo!! 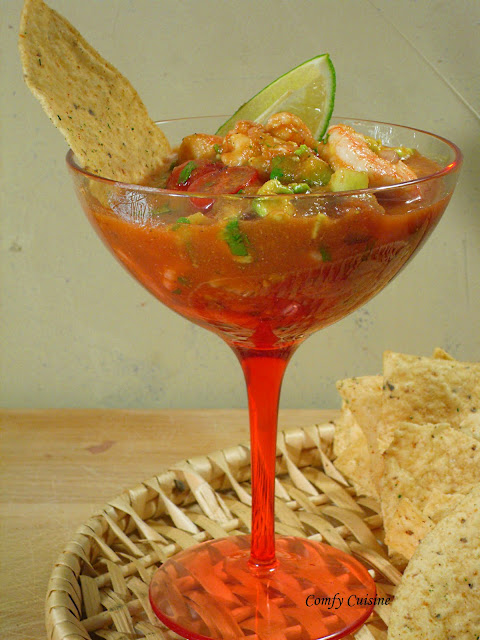 This recipe is a classic Mexican shrimp cocktail that I served as a starter for Easter.  Now it's our new favorite!  A change from the normal, boring shrimp cocktail. 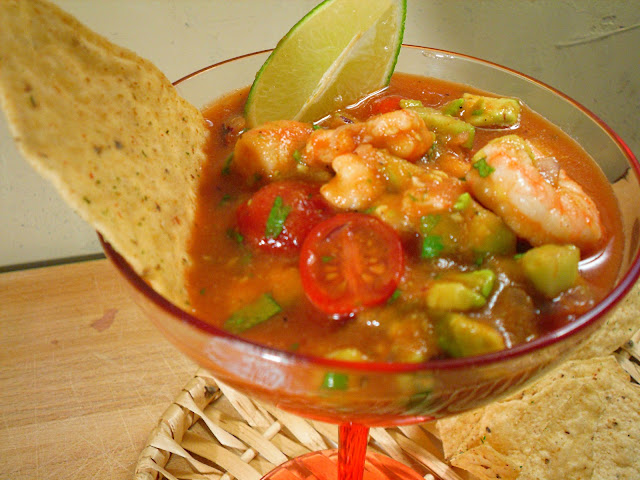