These sandwiches originated from a Jewish Deli nearby. We would only get them on special occasions, because they were very expensive. I can make a whole tray of these for about $20.00.

I usually would make them for New Year's Eve and everyone would look forward to having them. Now, they seem to be requested for any old thing going on. Like my son is moving and asked for them to feed his "helpers". They are officially known as "those sandwiches".

I'm very fussy about the ingredients though.  For some reason, the store brand rye bread works the best, has to be Thumann's coleslaw from the deli, and the best turkey and corned beef you can buy. 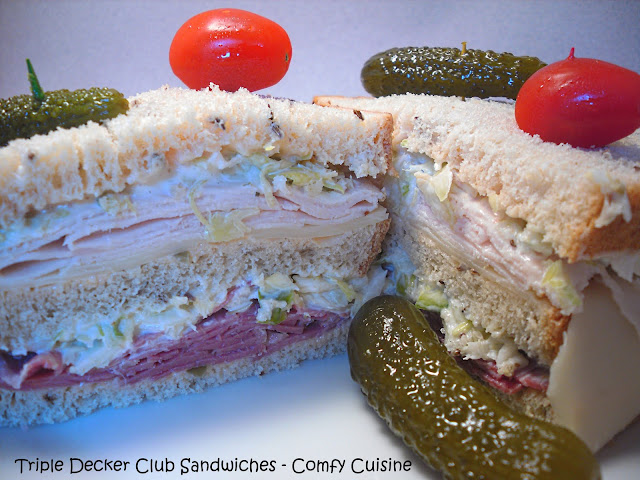 Spread first slice of bread with Thousand Island Dressing.  Top with corned beef and some slaw. 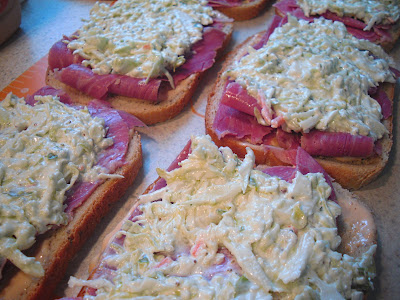 Top with second slice of bread and more dressing.  Add turkey and swiss on next layer and more cole slaw. 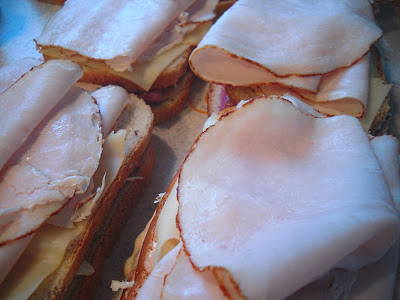 Top with third slice of bread with dressing.  Cut into four sandwiches, secure with fancy toothpicks with pickles. 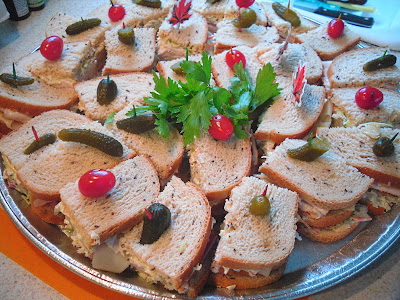 These sandwiches are better if made a little bit in advance or even the day before.
Sharing with Everyday Sisters
at June 19, 2011

Email ThisBlogThis!Share to TwitterShare to FacebookShare to Pinterest
Labels: Sandwiches